*This article originally appeared on the ‘Why I March’ section of the Abortion Rights Campaign in 2013. I am deeply indebted to Lauren Howells, for her patience in editing this piece and for taking up the Repeal mantle in England on behalf of Irish women.*

In a Paris bar, a French friend asks me: “What does it mean, ‘Repeal’?” He has clearly seen my profile photo on Facebook, with the bold, white REPEAL emblazoned across my chest. And in my Irish-centricity, I realise that this could mean anything to a foreigner.

I explain that this means abortion in Ireland is illegal, except in very specific circumstances.

He asks me what those are.

I talk about the X case, where the Supreme Court held that abortion could be permitted in the case of a real and substantial risk to the life of the mother, either by threat to her physical wellbeing or by risk of suicide. That a 14-year-old girl, pregnant as a result of rape, was permitted an abortion on the grounds that she would have committed suicide if forced to carry the pregnancy to term. He asks me what happens if a woman falls pregnant as a result of rape or incest. I reply that unless a woman falls under one of these two situations, she either carries to term, or travels abroad. If she decides to procure an abortion illegally in Ireland, she can face a sentence of up to 14 years imprisonment.

Her country calls her a criminal.

I speak of the anomalies that the 8th Amendment has created.

I explain that Irish women are permitted to travel to another jurisdiction to procure an abortion. That, on average, 12 women leave Ireland’s shores daily, often alone and without the support of friends and family, to have an abortion. That in the event of a crisis pregnancy, of an unwanted pregnancy, of a fatal foetal abnormality, Ireland expects women to make the arrangements to travel at their own expense. Either that, or the woman must continue her pregnancy. These are her “options”. I speak of the migrant women who cannot travel, I speak of those in difficult economic circumstances, who cannot afford the costs, I speak of those who forego local anaesthetic so that they can fly home to Ireland the same day, sore and bleeding. And how, despite all this, Ireland is satisfied with shipping its women off to have an abortion elsewhere – just so long as abortion doesn’t happen in Ireland.

I speak of the burden that the 8th Amendment places on those within the medical profession.

How complex medical decisions regarding complications during pregnancy are made in the criminal context of the 8th Amendment, with the risk of a conviction of up to 14 years imprisonment. I speak about Indian national Savita Halappanavar, explaining how she died from a septic miscarriage, despite begging medical professionals for an abortion that would have saved her life. I remark that it is tragically ironic that the desperation to preserve a potential life can lead to the destruction or detriment of the living, breathing person in whom it resides.

I talk about the aftermath of the ABC decision and the enactment of the 2013 Protection of Life During Pregnancy Act, an act so restrictive and procedural that it makes it almost impossible to have an abortion under its conditions. That when the act was drafted, anti-choice supporters were worried that it would “open the floodgates” to abortion in Ireland. I give a cynical laugh when I say that the floodgates are already open, the ship has sailed and is carrying thousands of Irish women with no other option but to go to England for an abortion.

I speak of the Ms Y case, an immigrant, pregnant as a result of rape, and suicidal, who, as a result of going on hunger strike, was sedated and forced to give birth by caesarean section at 28 weeks by order of the High Court.

I speak of the clinically dead woman, kept alive against her family’s wishes in an attempt to use  her body to bring her pregnancy to viability.

I speak of Amanda Mellet. How the UN Human Rights Committee found that Ireland had violated her rights under the International Covenant on Civil and Political Rights by forcing her to travel for abortion in the case of a fatal foetal abnormality. That, in the face of a breach of international law, the Government’s response was that the ruling wasn’t “binding”.

I tell him that I am worried about ever becoming pregnant in Ireland. That the 8th Amendment makes it clear that the State has a stake in the continuation of my pregnancy. That once I am pregnant, my life is no longer my life, my body is no longer my body, my choice is no longer my choice.

That my rights are – as the evidence confirms – secondary to those of the potential life growing inside me, and that if I decide to terminate the pregnancy for whatever reason, my country will not support me.

Finally, he asks me how the Government can still justify this, and I tell him that their justification is that it reflects the “profound moral values deeply embedded in the fabric of society in Ireland”.

Ireland, who ignores the 12 women forced to flee to another country every day because it won’t provide the medical procedure they need.

Ireland, who allows a young woman to die rather than grant her a life-saving abortion.

Ireland, who will cut open your belly if you say you would rather die than give birth.

Ireland, who will use your body as a cadaveric incubator to bring the pregnancy to viability.

Ireland, who does not trust its women enough to make their own choice about their reproductive rights but will trust them to raise an unwanted child.

Ireland, who denies its women autonomy over their own bodies.

Ireland, who has abandoned and stigmatised a generation of Irish women.

These are Ireland’s “profound moral values”.

It is time for us to re-evaluate them.

A panel of 99 citizens, overseen by Supreme Court Justice Mary Laffoy, was established in 2016 to assess the 8th Amendment and give its recommendations. After months of listening to expert evidence and personal testimonies, the Citizen’s Assembly voted overwhelmingly in favour of changing Ireland’s punitive abortion laws. The Government has now been tasked with reviewing these recommendations and of proposing the question for the referedum ballot, which is necessary to make changes to the Constitution. The date has been set for 25 May. A simple repeal is not the end of the story, but it does pave the way for the beginning of a new one, where reproductive justice and free, safe and legal abortion can be provided for the women of Ireland. For further information about what a post-Repeal landscape could look like please read this terrific policy document.

We wait with baited breath.

It is time to Repeal. 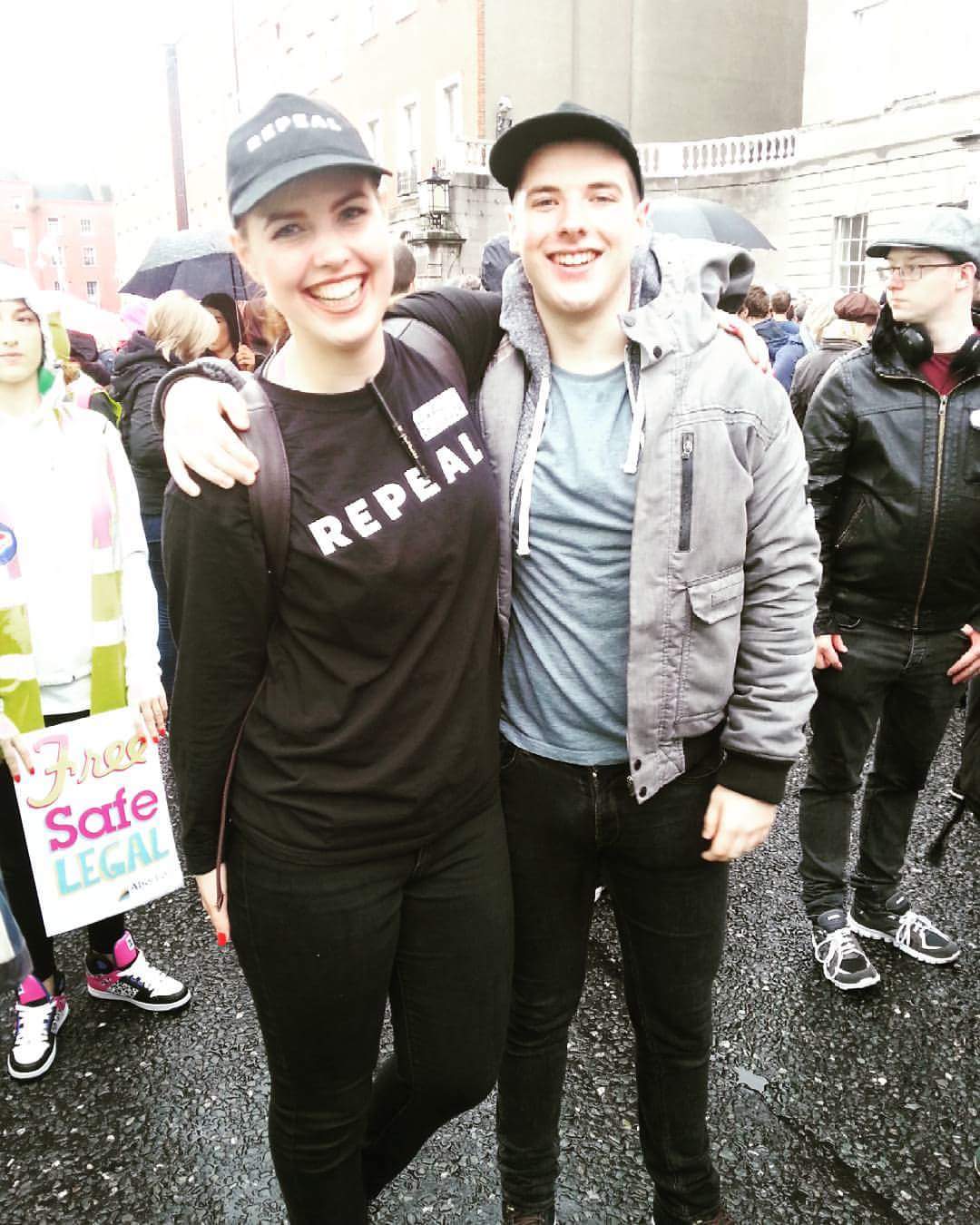 Karen O' Neill hails from Ireland. She likes words, meditation and endless cups of chai. She currently works as a communications manager for an up-and-coming university in Bengaluru, India. Follow her journey on Instagram @karengissharing View all posts by karenoneillirl